Cannabis delivery is now legal in Denver, Colorado. The move by the Denver City Council is expected to open up the cannabis market to new customers who can now place orders online and over the phone, in addition to having marijuana delivered right to their front doors. What kind of impact could these recent changes to local regulations have on the Denver cannabis economy? And how significant will the benefit be to Denver cannabis operators? Keep reading this blog to find out.

Denver has one of the oldest and most well-established recreational cannabis markets in the United States, with Colorado becoming one of the first states to legalize adult-use cannabis in 2012, and Denver now boasting more than 200 marijuana stores. Now the city is making major changes to its regulation of recreational marijuana. The Denver City Council, which has 13 council members, unanimously approved the measure to allow for marijuana delivery. Denver Mayor Michael Hancock later signed the marijuana legislation, which is considered by many to be the biggest change to the city’s marijuana laws since adult-use cannabis first became legal in Colorado.

After Mayor Hancock approved the new law (on April 20, or “420 Day”), proponents of expanding the Denver cannabis market voiced their approval. Ashley Kilroy, the executive director of the Denver Department of Excise and Licenses, called the new law “historic” and noted that it would help to modernize Denver’s cannabis rules and regulations. Until now, weed delivery had been banned in Denver.

In addition to allowing recreational marijuana deliveries, the new legislation will also make drive-thru services at dispensaries a permanent feature. The drive-thru option was temporarily allowed during the COVID-19 pandemic in order to protect customers against the spread of the virus indoors.

Denver cannabis operators who want to offer delivery services will need to apply for a transporter license. In fact, during the first three (3) years of the new marijuana delivery program, retail cannabis stores will be required to use licensed transporters for delivery services. According to Eric Escudero, the spokesperson for the Denver Department of Excise and Licenses, businesses will be able to start applying for marijuana delivery licenses in the summer of this year.

For the first six (6) years, new transporter licenses will be limited to social equity applicants, which allows minority-owned cannabis businesses and people in low-income communities to gain access to a market in which they have been disproportionately represented in the past. This is in line with Denver’s current rules that limit applications for new store, cultivation, and manufacturing licenses to social equity applicants.

The new law does place restrictions on not just who can offer marijuana delivery services, but also on the way in which those services are provided. In fact, recreational marijuana transporters will be subject to a number of strict rules:

Denver to Allow Public Consumption of Marijuana in Hospitality Establishments

The decision to allow dispensaries to deliver recreational marijuana was not the only important move made by the Denver City Council: the council also approved public consumption lounges in the city. The lounges are being officially referred to as “hospitality establishments,” rather than marijuana lounges.

Cannabis businesses that wish to operate a hospitality establishment will need to apply for, and receive, a marijuana hospitality license. Applications for the licenses are expected to be made available later this year. Any operator granted one of these licenses can legally permit people to smoke marijuana inside a designated space. Additionally, some hospitality licenses will allow cannabis operators to sell recreational marijuana as well. 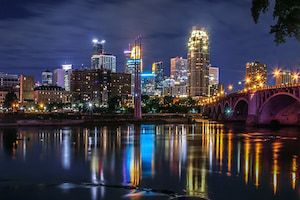 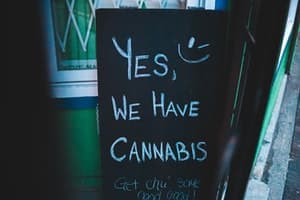 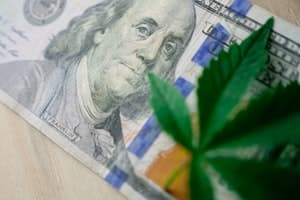