Virginia lawmakers have decriminalized cannabis in the state, meaning that individuals who are caught by law enforcement with a small amount of marijuana in their possession will no longer face criminal penalties. Instead, possession of a minor amount of pot is now considered a civil offense punishable by a $25 fine. What could this new law mean for efforts to legalize recreational cannabis use in Virginia? Could cannabis companies soon be doing big business in Virginia? Read on to learn more.

HB 972 and SB 2, the two bills passed by the Virginia state legislature, specifically reclassify what used to be a criminal offense – the simple possession of one (1) ounce or less of marijuana – as a civil offense. Prior to passage of the new law, a person convicted of simple possession of marijuana in Virginia could be sentenced to 30 days in jail and fined $500. Now, instead of facing jail time and other severe penalties for simple possession of marijuana, anyone caught by police with a small amount of weed will be subject to a fine of just $25. This amount represents the lowest fine imposed by any state in the entire country for a marijuana possession offense, suggesting just how far Virginia lawmakers have moved when it comes to legalizing adult-use cannabis. But they still have a bit further to go in terms of legal cannabis sales: state legislators are soon going to consider whether to legalize cannabis for recreational use.

After the Virginia General Assembly passed the bills in March, Virginia Governor Ralph Northam sent the legislation back to legislators with a series of proposed amendments. Legislators incorporated most of the suggested changes, and Northam then signed the bills into law. The cannabis decriminalization law went into effect on July 1, 2020. Virginia is now the 27th state in the nation to decriminalize marijuana possession.

When Will Cannabis Be Legalized in Virginia?

The thinking among many cannabis industry observers in Virginia is that decriminalization doesn’t go far enough. In addition to decriminalizing cannabis possession, the Virginia law also creates a committee to study the possible effects of legalizing cannabis for recreational use in the state. That committee will reveal its findings and issue a recommendation on cannabis legalization by November 30, 2020.

The formation of the work group to study legalization comes on the heels of an announcement by the Virginia Legislative Black Caucus to introduce legislation to legalize recreational cannabis in Virginia. The state legislators were set to introduce the proposed law during the August special session of the Virginia General Assembly. While state lawmakers considered many different criminal justice reform bills during the session, it was the marijuana legalization proposal that figured to draw the most attention because of the rising popularity of cannabis legalization both in Virginia and nationwide.

Legalization of cannabis has been an especially popular policy idea in southern states: a Civiqs online opinion poll found that a majority of adults in every Southern state are in favor of marijuana legalization. Cannabis has already long been decriminalized in Mississippi and North Carolina, while Georgia state lawmakers are set to consider cannabis decriminalization as part of the recently introduced Georgia Justice Act. Additionally, Arkansas, Florida, and Louisiana have gone even further by legalizing cannabis for medical purposes. (Virginia currently has a limited medical cannabis law on the books.)

No Criminal Record for Marijuana Possession in Virginia

Steve Hawkins, the executive director of the Marijuana Policy Project (MPP), stated that the Virginia decriminalization law “will save thousands of Virginians from the trauma of arrest and the stigma of a criminal conviction.” The MPP, which is the largest organization in the country dedicated to reforming existing marijuana policies and laws, has advocated for decriminalizing cannabis possession across the U.S. because individuals who get arrested and convicted for marijuana crimes often face difficulties getting hired for jobs, securing housing, and being approved for loans. When marijuana possession is classified as a criminal offense, a conviction can result in the offender being sentenced to jail time and being stuck with a permanent criminal record.

Scythian Real Estate is a trusted partner of major cannabis businesses that operate in some of the largest cannabis markets in the United States. Scythian operates a portfolio of cannabis real estate assets with a current value of approximately $40 million. 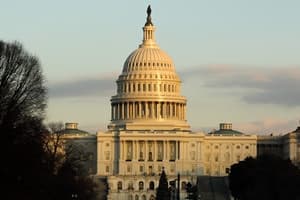 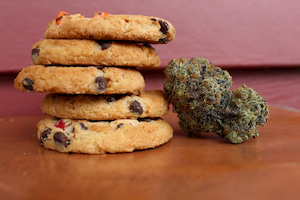 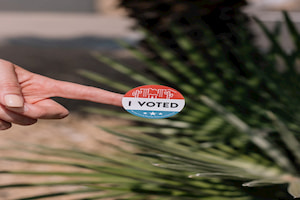